With the exception of the 2011 vintage, each year since 1997 we have released the iconic Oracle Shiraz. Crafted from old vine fruit grown along the Golden Hillside in Leasingham, it continues to display the opulence, regional character and varietal power the valley is so renown for.

PLACE
Clare Valley.
Crafted from old vine fruit grown along the golden hillside in Leasingham, it continues to display the opulence, regional character and varietal power the valley is so renown for.

VITICULTURE
A standout vintage, 2012 has been compared very closely with the famous 2002 vintage, with the
ripening and harvest conditions consisting of warm days, cool nights with minimal rainfall and
no disease pressure what so ever; perfect ingredients in the production of long lived, flavoursome Shiraz wines.

2014 was a cooler and more protracted vintage in the Clare Valley, allowing the Shiraz blocks along the west face of the Golden Hillside to ripen more slowly, bringing all parcels to their very optimum levels of maturity.

Low yielding Shiraz parcels were chosen across our Golden Hillside vineyards, vinfied separately using time honoured traditional techniques, then aged for 18 months in a selection of new and one year old French oak hogsheads. Bottling occurred without any fining or filtration.

Palate: A wine of tremendous concentration, complexity and understated elegance, the palate brims with riper plums fruits, dark chocolate and tar nicely paired with classy French oak and polished tannins that carry over in the mouth well after the wine has been consumed. A wine made for the ages.

CELLARING
Potential of at least 12 - 15 years with careful cellaring.

SHIRAZ TROPHY (FOR THE BEST SHIRAZ WINE IN THE WORLD)

at the International Wine & Spirit Competition 2018. 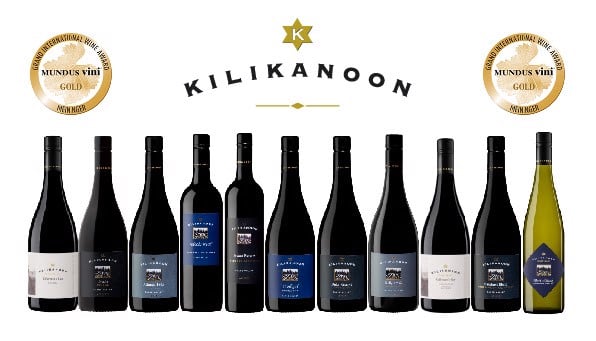 Kilikanoon is proud to announce our overwhelming success at the Mundus Vini Grand International Wine Awards by taking home 11 Gold Medals, and the coveted status of Australian Winery of the Year for the third time in 8 years (also won in 2010 and 2017).

The jury was made up of well respected and reputable personalities from around the world including excellent sommeliers, recognized specialty retailers with above-average knowledge of wine, specialist journalists and scientists.

Gold medals are only awarded to the best rated wines within a group, which means Kilikanoon consistently impressed the tasting panels with masterfully composed cuvees. Being awarded Australian Winery of the Year once again highlights Kilikanoon’s dedication and uncompromising commitment to quality and style that has made the brand so successful.

A full list of our Gold Medal winning wines is below: 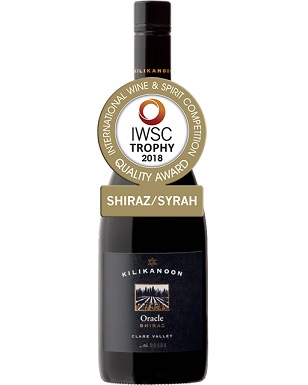 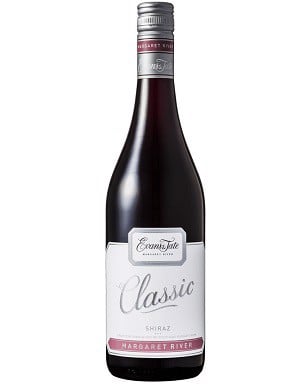 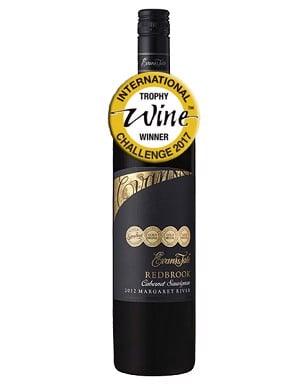